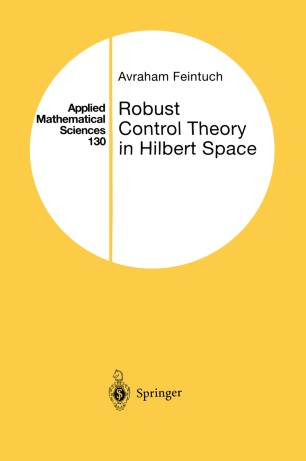 Motivation The latest texts on linear systems for engineering students have begun incorpo­ rating chapters on robust control using the state space approach to HOC control for linear finite dimensional time-invariant systems. While the pedagogical and computational advantages of this approach are not to be underestimated, there are, in my opinion, some disadvantages. Among these disadvantages is the narrow viewpoint that arises from the amputation of the finite dimensional time-invariant case from the much more general theory that had been developed using frequency domain methods. The frequency domain, which occupied center stage for most of the develop­ ments of HOC control theory, presents a natural context for analysis and controller synthesis for time-invariant linear systems, whether of finite or infinite dimen­ sions. A fundamental role was played in this theory by operator theoretic methods, especially the theory of Toeplitz and skew-Toeplitz operators. The recent lecture notes of Foias, Ozbay, and Tannenbaum [3] display the power of this theory by constructing robust controllers for the problem of a flexible beam. Although controller synthesis depends heavily on the special computational ad­ vantages of time-invariant systems and the relationship between HOC optimization and classical interpolation methods, it turns out that the analysis is possible without the assumption that the systems are time-invariant.