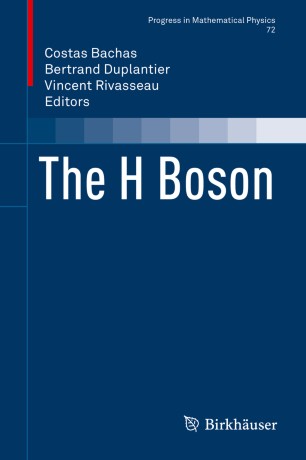 This volume provides a detailed description of the seminal theoretical construction in 1964, independently by Robert Brout and Francois Englert, and by Peter W. Higgs, of a mechanism for short-range fundamental interactions, now called the Brout-Englert-Higgs (BEH) mechanism. It accounts for the non-zero mass of elementary particles and predicts the existence of a new particle - an elementary massive scalar boson. In addition to this the book describes the experimental discovery of this fundamental missing element in the Standard Model of particle physics. The H Boson, also called the Higgs Boson, was produced and detected in the Large Hadron Collider (LHC) of CERN near Geneva by two large experimental collaborations, ATLAS and CMS, which announced its discovery on the 4th of July 2012.
This new volume of the Poincaré Seminar Series, The H Boson, corresponds to the nineteenth seminar, held on November 29, 2014, at Institut Henri Po
incaré in Paris.