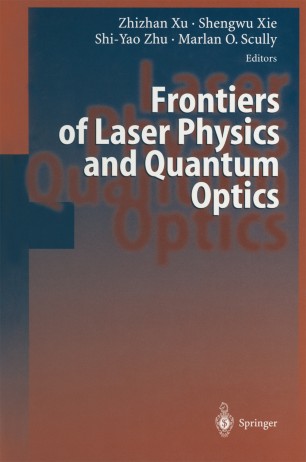 Proceedings of the International Conference on Laser Physics and Quantum Optics

Since the advent of the laser about 40 years ago, the field of laser physics and quantum optics have evolved into a major discipline. The early studies included the optical coherence theory and the semiclassical and quantum mechanical theories of the laser. More recently many new and interesting effects have been predicted. These include the role of coherent atomic effects in lasing without inversion and electromagnetically induced transparency, atom optics, laser cooling and trapping, teleportation, the single-atom micromaser and its role in quantum measurement theory, to name a few. The International Conference on Laser Physics and Quantum Optics was held in Shanghai from August 25 to August 28, 1999, to discuss these and many other exciting developments in laser physics and quantum optics. The international character of the conference was manifested by the fact that scientists from over 13 countries participated and lectured at the conference. There were four keynote lectures delivered by Nobel laureate Willis Lamb, Jr., Profs. H. Walther, A.E. Siegman and M.O. Scully. In addition, there were 34 invited lectures, 27 contributed oral presentations, and 59 poster papers.