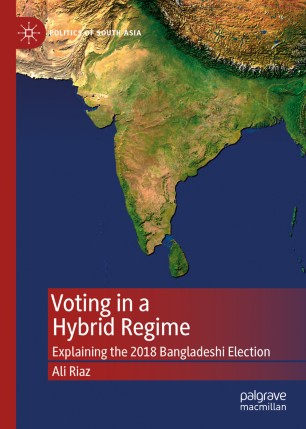 Voting in a Hybrid Regime

Part of the Politics of South Asia book series (POSAS)

This Pivot explores the mechanism of election manipulation in ostensibly democratic but essentially authoritarian systems called the hybrid regime, using the 2018 parliamentary elections in Bangladesh as an example. The 2018 election has delivered an unprecedented victory to the incumbent Bangladesh Awami League. Elections pose serious dilemmas for the leaders of hybrid regimes, as contested elections bolster their claims of democracy and augment their legitimacy, but they also create political uncertainty that can threaten authorities’ ability to stay in power. Faced with the challenge, the incumbents tend to hold stage-managed elections. This book offers incisive examination of Bangladesh’s political environment, rigorous scrutiny of the roles of state institutions including the law enforcing agencies, and meticulous analysis of the election results. It also fills in a gap in the extant hybrid regime literature which seldom explores the strategies of engineered elections.
Ali Riaz is a Distinguished Professor of Political Science at Illinois State University, USA. He also holds the Thomas E Eimermann Professorship. Riaz previously worked as a Broadcast Journalist at the British Broadcasting Service (BBC) in London and served as a Public Policy Scholar at the Woodrow Wilson International Center for Scholars at Washington D.C. His publications include Bangladesh: A Political History since Independence (2016).