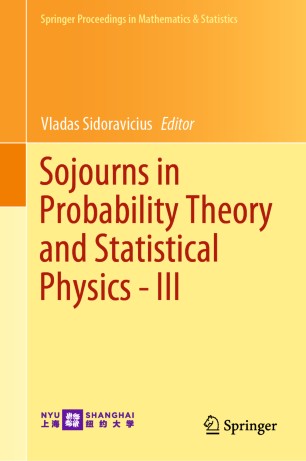 Charles M. (Chuck) Newman has been a leader in Probability Theory and Statistical Physics for nearly half a century.  This three-volume set is a celebration of the far-reaching scientific impact of his work. It consists of articles by Chuck’s collaborators and colleagues across a number of the fields to which he has made contributions of fundamental significance. This publication was conceived during a conference in 2016 at NYU Shanghai that coincided with Chuck's 70th birthday.

The sub-titles of the three volumes are:

I.   Spin Glasses and Statistical Mechanics

The articles in these volumes, which cover a wide spectrum of topics, will be especially useful for graduate students and researchers who seek initiation and inspiration in Probability Theory and Statistical Physics.