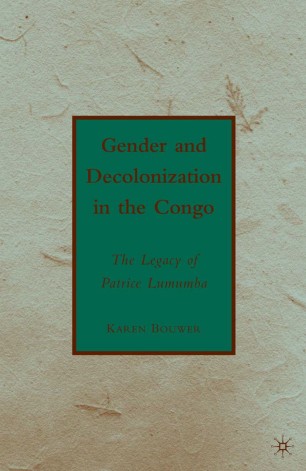 Gender and Decolonization in the Congo

The Legacy of Patrice Lumumba

Patrice Lumumba s legacy continues to fire the imagination of politicians, activists, and artists. But women have been missing from accounts of the Congo s decolonization. What new ideals of masculinity and femininity were generated in this struggle? Were masculinist biases re-inscribed in later depictions of the martyred nationalist? Through analysis of Lumumba s writings and speeches, the life stories of women activists, and literary and cinematic works, Gender and Decolonization in the Congo: The Legacy of Patrice Lumumba challenges male-centered interpretations of Congolese nationalism and illustrates how generic conventions both reinforced and undercut gender bias in representations of Lumumba and his female contemporaries.