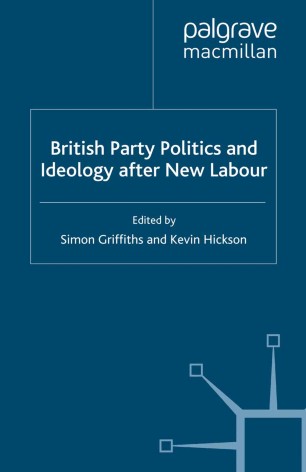 British Party Politics and Ideology after New Labour brings together academics and politicians to debate the intellectual roots of the ideas that currently drive the main UK political parties. With major players responding to the arguments raised in each chapter, the book will be a must-read for anyone interested in or teaching British politics.