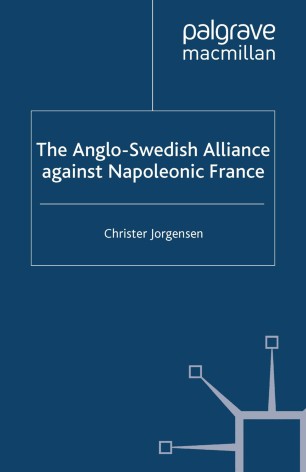 The Anglo-Swedish Alliance Against Napoleonic France

This new study by Christer Jorgensen addresses a much neglected field of study in the history of Scandinavia and the greater Baltic region during the Napoleonic Age. The book concentrates upon relations and the alliance between Britain and Sweden during the middle years of the war; years that encompassed the Austerlitz campaign, the complicated diplomatic talks between the allies, Russia's abandonment of the allied cause at Tilsit (1807), the Russo-Swedish War (1808-09) that decided the fate of Finland, the capitulation of the Gibraltar of the North, and finally the turbulent politics of Sweden during and after the coup of March 1809.