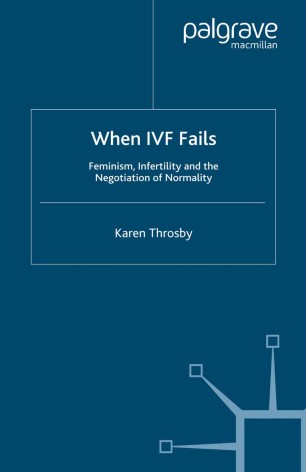 Feminism, Infertility and the Negotiation of Normality

In spite of the fact that almost eighty percent of all IVF cycles are unsuccessful, the dominant representations of the technology are of its success. Based on extensive interviews with women and couples who have undergone IVF unsuccessfully and who have since stopped treatment, and taking an overtly feminist approach, the book explores the ways in which IVF failure is experienced and accounted for. The book argues that IVF failure and the end of treatment have to be carefully managed over time in order to construct the self as 'normal' in the profoundly gendered context of reproductive normativity. Treatment failure is identified in the book not only as a central, but largely excluded, aspect of the experience of IVF, but also of a proliferating range of new, more controversial reproductive and genetic technologies.