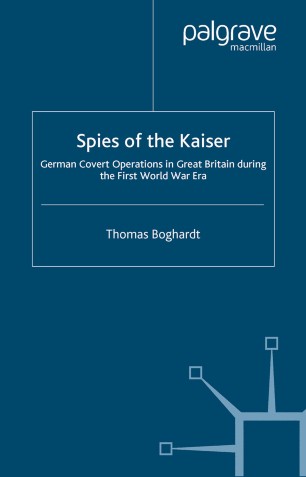 Spies of the Kaiser

Spies of the Kaiser examines the scope and objectives of German covert operations in Great Britain before and during the First World War. It assesses the effect of German espionage on Anglo-German relations and discusses the extent to which the fear of German espionage in the United Kingdom shaped the British intelligence community in the early Twentieth-century. The study is based on original archival material, including hitherto unexploited German records and recently declassified British documents.