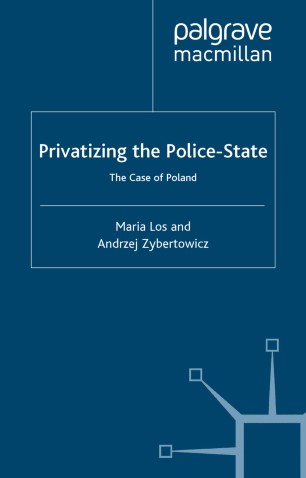 The Case of Poland

This is the first book that documents and analyses the paramount role of secret services in the decomposition of the communist system and the conversion of its elites into new capitalists. The surge of civil society in 1980s Poland prompted a parallel expansion of the police-state apparatus. The book traces the subsequent reconstruction and privatization of social, political and material resources of the police-state and shows how these covert operations shaped other, more visible aspects of the East/Central European transformation. A Note from the Authors: Since the publication of this book, the events in Poland and elsewhere have demonstrated the extraordinary influence and longevity of the power networks spawned by the communist police state apparatus and its eventual privatization. There is new evidence uncovered almost daily, whose interpretation would not be feasible without the conceptual and historical framework elaborated first in this book.