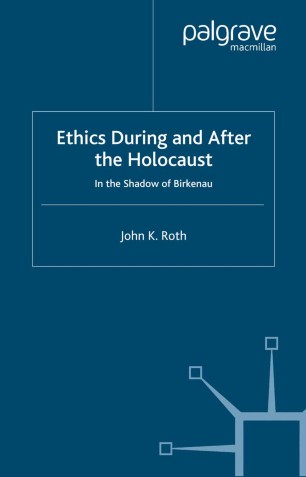 Ethics During and After the Holocaust

In the Shadow of Birkenau

Questions shape the Holocaust's legacy. 'What happened to ethics during the Holocaust? What should ethics be, and what can it do after the Holocaust?' loom large among them. Absent the overriding or moral sensibilities, if not the collapse or collaboration of ethical traditions, the Holocaust could not have happened. Its devastation may have deepened conviction that there is a crucial difference between right and wrong; its destruction may have renewed awareness about the importance of ethical standards and conduct. But Birkenau, the main killing center at Auschwitz, also continues to cast a disturbing shadow over basic beliefs concerning right and wrong, human rights, and the hope that human beings will learn from the past. This book explores those realities and the issues they contain. It does so not to discourage but to encourage, not to deepen darkness and despair but to face those realities honestly and in a way that can make post-Holocaust ethics more credible and realistic. The book's thesis is that nothing human, natural or divine guarantees respect for the ethical values and commitments that are most needed in contemporary human existence, but nothing is more important than our commitment to defend them, for they remain as fundamental as they are fragile, as precious as they are endangered.