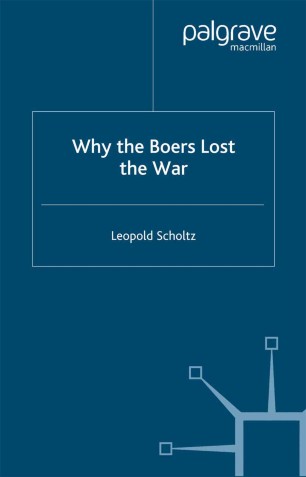 Why the Boers Lost the War

Why did the British win the Anglo-Boer War? Although there is truth in the simple statement that they were much stronger than the Boers, it does not explain everything. Therefore, the main focus of this book is to analyse the most important strategic and operational decisions made on both sides, and to measure them according to accepted modern military theory. It is shown that both the British and Boer war efforts were very haphazard at the beginning, but that both learnt as the war went on. In the end, the British got the Boers in a vice from which they could not escape.