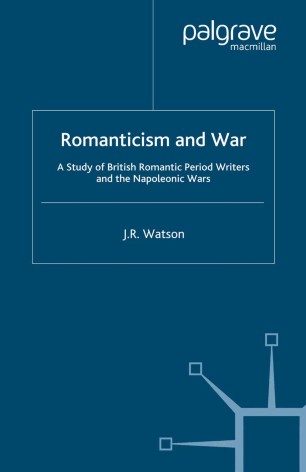 A Study of British Romantic Period Writers and the Napoleonic Wars

This book is a study of war and the perceptions of war. It deals specifically with the British Romantic period writers who lived through the Napoleonic wars, and the way in which those wars affected the writing of Scott, Wordsworth, Coleridge, Shelley, Byron and many of their contemporaries. Watson discusses the particular fascination of those wars, and the way in which they affected a way of thinking about war that lasted until the early twentieth century.