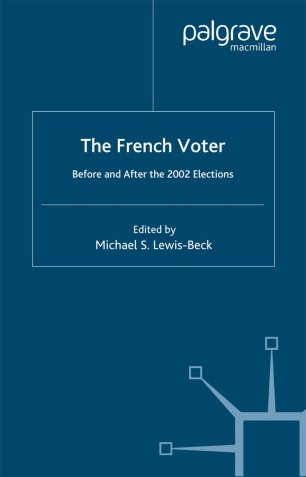 Before and After the 2002 Elections

Why do French voters vote the way they do? In this book, leading international scholars examine this question from many different angles. Special attention is given to the 2002 national elections, when right-wing extremist Le Pen made such a spectacular showing in the presidential contest. Was the first-ballot success of Le Pen based on issues of law and order, ethnicity, nationalism or on the economy? What about the role of the traditional factors of social class, region, religion and left-right ideology? Do the peculiar electoral institutions of the Fifth Republic foster political extremism, or act as a break on it? The French Voter considers these issues both in relation to the 2002 contest and past elections.