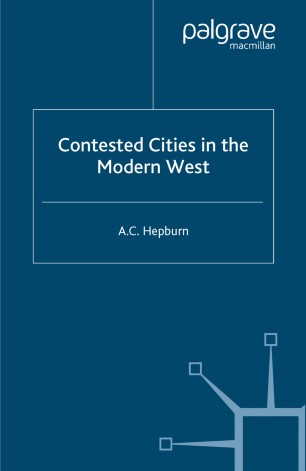 Contested Cities in the Modern West

Cities are close-knit communities. When rival ethnic groups develop which refuse to concede predominance, deep conflicts may occur. Some have been managed peacefully, as in Brussels and Montreal. Other cases, such as Danzig/Gdansk and Trieste have, more or less forcefully, been resolved in favour of one of the parties. In further cases, such as Belfast and Jerusalem, protracted violence has not delivered a solution. Contested Cities in the Modern West examines the roles of international interventions, state policies and social processes in influencing such situations, with particular reference to the above cases.