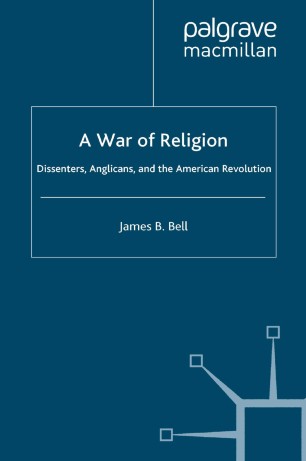 A War of Religion

Dissenters, Anglicans and the American Revolution

Part of the Studies in Modern History book series (SMH)

Examines the controversial establishment of the first Anglican Church in Boston in 1686, and how later, political leaders John Adams, Samuel Adams, and John Wilkes exploited the disputes as political dynamite together with taxation, trade, and the quartering of troops: topics which John Adams later recalled as causes of the American Revolution.