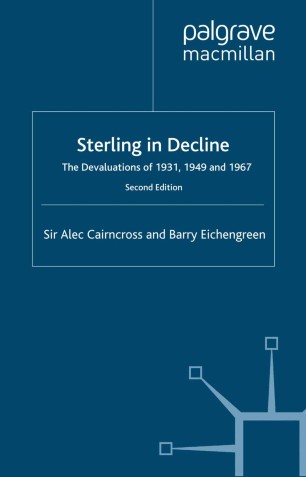 Sterling in Decline takes the devaluations of 1931, 1949 and 1967 as a metaphor for Britain's changing position in the world economy. It traces the decline of the pound sterling from the world's pre-eminent currency, together with the dollar's rise to prominence. It also challenges the conventional wisdom regarding the implications of events in foreign exchange markets, and of British foreign economic policy generally, for the macroeconomic performance of the British economy. This second edition features a new introduction that frames the analysis in light of subsequent contributions and brings the story up to date. It draws out the implications of sterling's troubled 20th century history for the country's decision of whether to adopt the euro.