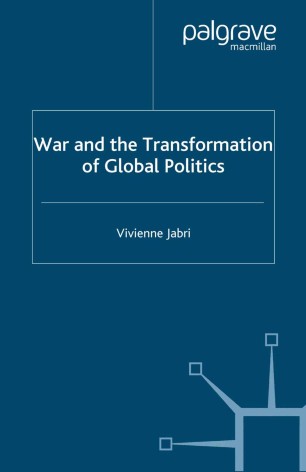 War and the Transformation of Global Politics

Drawing on critical social and political thought, the book explores the implications, arguing that late modern wars wars, often referred to as 'liberal', may be interpreted as perpetuating forms of exclusion and domination that render war a tool of control now articulated in global terms.