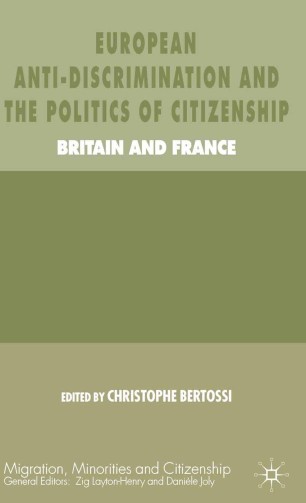 European Anti-Discrimination and the Politics of Citizenship

This book looks at transformations in citizenship politics in the EU Member States. It argues that the anti-discrimination agenda in the Treaty of Amsterdam has affected traditional patterns of national integration of ethnic minorities and migrants in Europe. Comparing France and Britain, it also looks at religious factors and Islam in Europe.