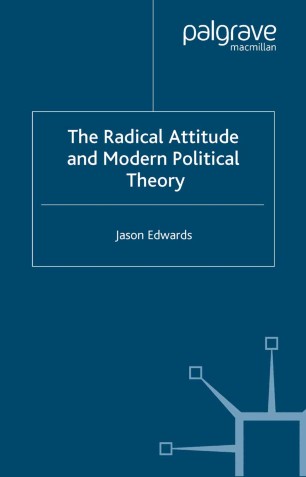 The Radical Attitude and Modern Political Theory focuses on the appearance of modernity that can be best described as radical. First appearing in the sixteenth century, the attitude is best seen not as a coherent ideology or tradition but as a series of conceptual resources that continue to inform political discourse in the present.