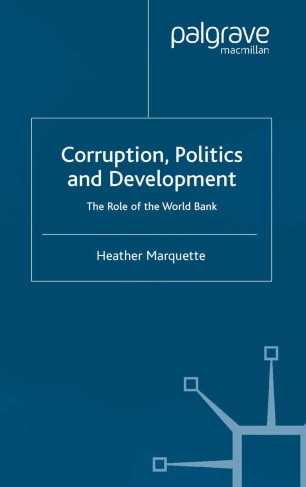 The Role of the World Bank

In 1997, the World Bank announced a strategy to help its borrowers combat corruption, despite earlier claims that work of this kin violated the Bank's non-political mandate. Despite many attempts to reshape corruption as an economic issue rather than a political one, the non-political mandate has never been satisfactorily addressed. Heather Marquette argues that the Bank should focus in its strengths and avoid the more controversial components of its anti-corruption programme, which threaten its credibility.