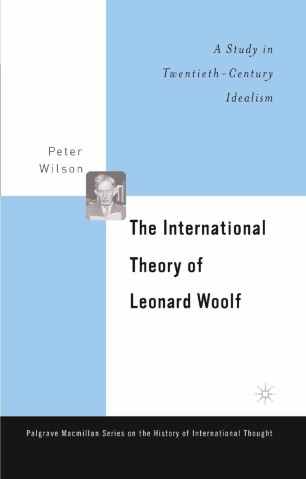 The International Theory of Leonard Woolf

A Study in Twentieth-Century Idealism

Colonial civil servant, Fabian socialist, and eminence grise of the Bloombury Circle, Leonard Woolf was one of the most prolific writers on international relations of the early to mid-Twentieth Century. His report for the Fabian Society, International Government , was influential on the creation of the League of Nations. He was co-founder of the popular pressure group, the League of Nations Society. He was a leading critic of empire. He helped to educate the British Labour Party on global issues, constructing, in 1929, its first credible foreign policy. With his wife, Virginia, he founded the celebrated Hogarth Press. He pioneered 'functionalist' and 'transnationalist' theory. He pioneered documentary journalism. He wrote towards the end of his long life one of the most insightful autobiographies of the Twentieth Century. This book examines the thought of this fascinating and relatively unknown political thinker. It thoroughly reassesses his ideas, for decades condemned as 'utopian', in the context of the much more fluid international scene of theTwenty-First century. In particular, it asks have his ideas about international government gained new pertinence in the post-Cold War world?