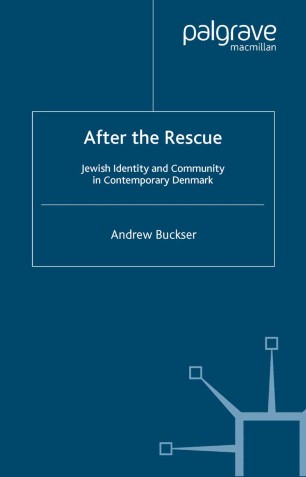 Part of the Contemporary Anthropology of Religion book series (CAR)

In October of 1943, the Danish resistance rescued almost all of the Jews in Copenhagen from roundups by the occupying Nazis. In the years since, Jews have become deeply engaged in a Danish culture that presents very few barriers of antisemitism or prejudice. This book explores the questions that such inclusion raises for the Danish Jews, and what their answers can tell us about the meaning of religion, ethnicity and community in modern society. Social scientists have long argued that modernity poses challenges for traditional ethnic communities, by breaking down the networks of locality, kinship, religion and occupation that have held such communities together. For the Danish Jews, inclusion into the larger society has led to increasing fragmentation, as the community has split into a bewildering array of religious, social, and political factions. Yet it remains one of Scandinavia's most vital religious organizations, and Jewishness remains central to self-understanding for thousands of its members. How this has happened - how the Jewish world has maintained its significance while losing any sense of coherence or unity - suggests a new understanding of the meaning of ethnic community in contemporary society.