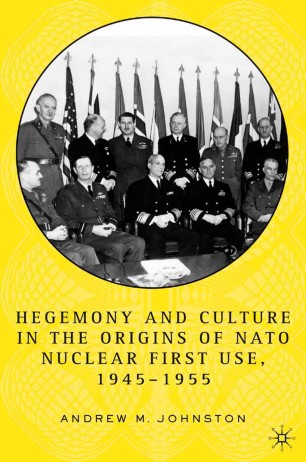 Hegemony and Culture in the Origins of NATO Nuclear First-Use, 1945–1955

Johnston argues that the preemptive first-use of nuclear weapons, long the foundation of American nuclear strategy, was not the carefully reasoned response to a growing Soviet conventional threat. Instead, it was part of a process of cultural 'socialization', by which the United States reconstituted the previously nationalist strategic cultures of the European allies into a seamless western community directed by Washington. Building a bridge between theory and practice, this book examines the usefulness of cultural theory in international history.