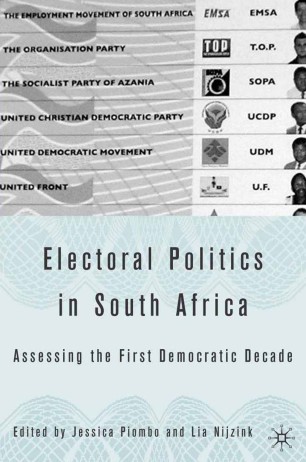 Ten years into the 'new' South Africa, how does democracy function? This volume provides a retrospective on a decade of elections and democracy in South Africa. The book analyzes the evolution of the party system and electoral campaigns; tracks changes in public opinion and voter motivations; assesses the political implications of socioeconomic change; depicts the evolution of parliament and the electoral system; probes the often-tense relationship between media and government; analyzes the institutionalization the Independent Electoral Commission; and, finally, argues that South Africa is witnessing a 'normalization' of politics. The book speaks to a broad range of topics, all linked through the electoral theme, which get to the heart of many issues in contemporary South African politics.