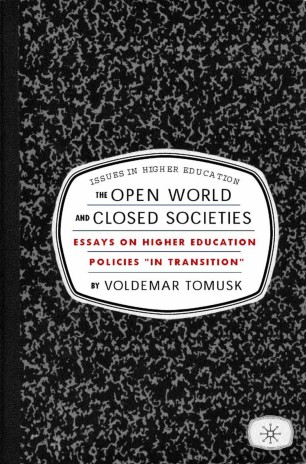 The Open World and Closed Societies

Part of the Issues in Higher Education book series (IHIGHER)

This book is about higher education reforms in the post-socialist states of Central and Eastern Europe and the former Soviet Union, seen through the eyes of somebody who has spent the last decade analyzing these reforms as well as negotiating and supervising reform projects in countries from Serbia and Montenegro to Mongolia. Analyzing the reforms in a broader political, economic and social context and relating these to global higher education developments, the book addresses the complexity of the processes and contradictions among the demands on higher education systems, which in many instances impede positive changes.