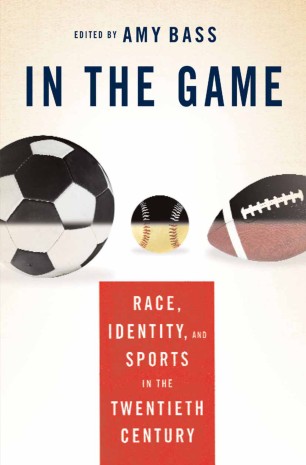 Race, Identity, and Sports in the Twentieth Century

Talking about race and sports almost always leads to trouble. Rush Limbaugh's stint as an NFL commentator came to an abrupt end when he made some off-handed comments about the Philadelphia Eagles' black quarterback, Donovan McNabb. Ask a simple question along these lines - 'Why do African Americans dominate the NBA?' - and watch the sparks fly. It is precisely this flashpoint that the contributors to this volume seek to explore. Professional and amateur sports wield a tremendous amount of cultural power in the United States and around the world, and racial, ethnic, and national identities are often played out through them. In the Game collects essays by top thinkers on race that survey this treacherous terrain. They engage fascinating topics like race and cricket in the West Indies, how black culture shaped the NFL in the 1970s, the famed black-on-white Cooney/Holmes boxing bout, and American Indian mascots for sports teams.