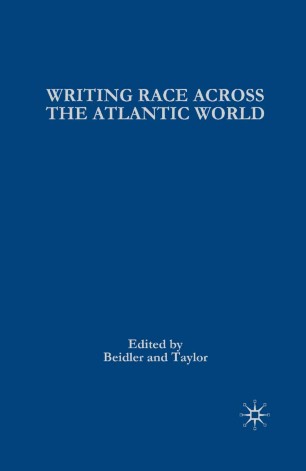 Writing Race Across the Atlantic World

Part of the Signs of Race book series (SOR)

This collection of original essays explores the origins of contemporary notions of race in the oceanic interculture of the Atlantic world in the early modern period. In doing so, it breaks down institutional boundaries between 'American' and 'British' literature in this early period, as well as between 'history' and 'literature'. Individual essays address the ways in which categories of 'race' - black brown, red and white, African American and Afro-Caribbean, Spanish and Jewish, English and Celtic, native American and Northern European, creole and mestizo - were constructed or adapted by early modern writers. The collection brings together a top collection of historians and literary critics specializing in early modern Britain and early America.