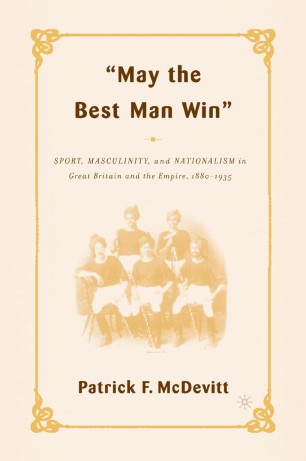 May the Best Man Win

Sport, Masculinity, and Nationalism in Great Britain and the Empire, 1880–1935

As Britain's great power status came to be increasingly challenged in the decades before the First World War, one by-product of the resultant uncertainty was the weakening of the Victorian, middle-class consensus of what constituted ideal manhood. Britain's empire was not only the source of wealth and power, but it simultaneously provided alternative models of masculinity and nationhood. Consequently, the empire and the commonwealth played an important role in defining imperial gender relations in both Britain and in the colonies and dominions. May the Best Man Win investigates the continual re-assessment and reassertion of various masculine ideals associated with sport in the British empire between 1880 and 1935.