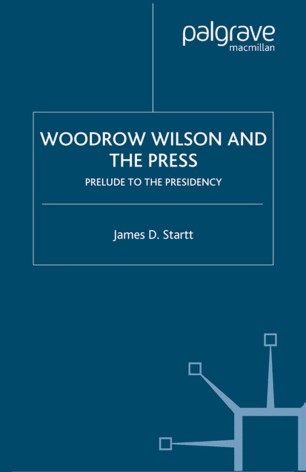 Woodrow Wilson and the Press: Prelude to the Presidency

Esteemed journalism historian James Startt has crafted an intriguing case study of the relationship between political leadership and the mass media during its early days, using the political ascendancy of Woodrow Wilson as its focus. Wilson's emergence as a major political figure coincided with the arrival of a real mass media and a more independent, less partisan style of political coverage. While most Nineteenth-century presidents remained aloof from the press, Wilson understood it could no longer be ignored: 'The public man who fights the daily press won't be a public man very long'.