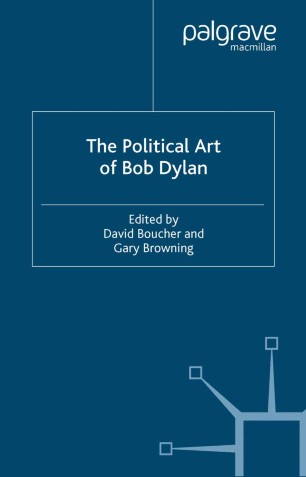 David Boucher and Gary Browning provide a multi-faceted analysis of the political art of Bob Dylan. The contributions cover Dylan's career as a whole, dealing with such themes as alienation, protest, non-conformity and the American Dream. Dylan's work is examined from a variety of perspectives including the aesthetic theory of Kant, Adorno, Lyotard and Collingwood. The assembled authors are notable specialists in political theory, literary criticism and popular culture. They do not tackle Dylan from a single standpoint but collectively question how Dylan's work relates to the theory and practice of politics.