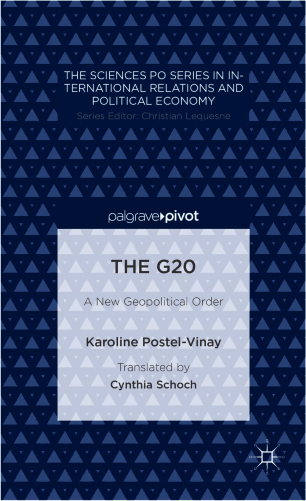 This series consists of works emanating from the foremost French research centre in international studies, the Paris-based Centre d'Etudes et de Recherches Internationales (CERI), part of Sciences Po and associated with CNRS (Centre National de la Recherche Scientifique). Founded in 1952, CERI has about sixty fellows drawn from different disciplines who conduct research on comparative political analysis, international relations, regionalism, transnational flows, political sociology, political economy and on individual states. This series focuses on the transformations of the international arena, in a world where the state, though its sovereignty is questioned, reinvents itself. The series explores the effects on international relations and the world economy of regionalization, globalization (not only of trade and finance but also of culture), and transnational flows at large. This evolution in world affairs sustains a variety of networks from the ideological to the criminal or terrorist. Besides the geopolitical transformations of the globalized planet, the new political economy of the world has a decided impact on its destiny as well, and this series hopes to uncover what that is.