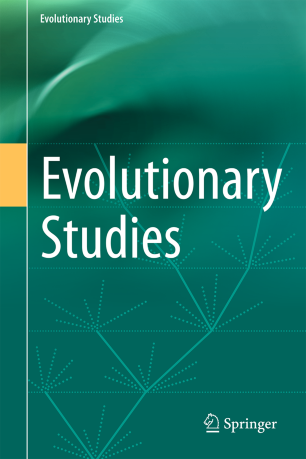 Everything is history, starting from the Big Bang or the origin of the universe to the present time. This historical nature of the universe is clear if we look at evolution of organisms. Evolution is one of most basic features of life which appeared on Earth more than 3.7 billion years ago. Considering the importance of evolution in biology, we are inaugurating this series. Any aspect of evolutionary studies on any kind of organism is a potential target of the series. Life started at the molecular level, thus molecular evolution is one important area in the series, but non-molecular studies are also within its scope, especially those studies on evolution of multicellular organisms. Evolutionary phenomena covered by the series include the origin of life, fossils in general, Earth?life interaction, evolution of prokaryotes and eukaryotes, viral and protist evolution, the emergence of multicellular organisms, phenotypic and genomic diversity of certain organism groups, and more. Theoretical studies on evolution are also covered within the spectrum of this new series.