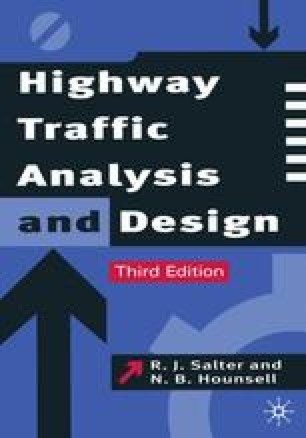 Introduction to the transportation planning process

Large urban areas have in the past frequently suffered from transportation congestion. It has been recorded that in the first century vehicular traffic, except for chariots and official vehicles, was prohibited from entering Rome during the hours of daylight. While congestion has existed in urban areas the predominantly pedestrian mode of transport prevented the problem from becoming too serious until the new forms of individual transport of the twentieth century began to demand greater highway capacity.

Public Transport Large Urban Area Transport Planning Transport Facility Highway Network
These keywords were added by machine and not by the authors. This process is experimental and the keywords may be updated as the learning algorithm improves.
This is a preview of subscription content, log in to check access.

Cite this chapter as:
Salter R.J. (1996) Introduction to the transportation planning process. In: Highway Traffic Analysis and Design. Palgrave, London