Global Challenges and the Law of the Sea 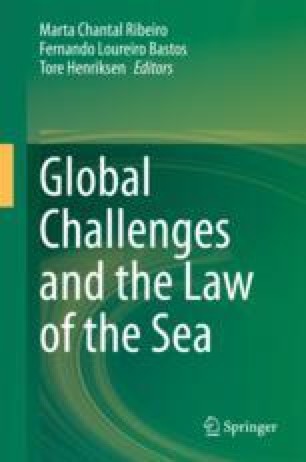 Under the United Nations Convention on the Law of the Sea (UNCLOS), international cooperation through universal, regional, or subregional organizations is particularly important for the purpose of the implementation of the rules concerning the conservation and management of the fish stocks (CMFS) and the protection and preservation of the marine environment (PPME). There were numerous international organizations or conventional arrangements for these purposes even before the UNCLOS. However, since the adoption of the UNCLOS, by considering the new development of scientific and technological knowledge and recognizing the needs of new legal rules and approaches to respond to them, new organizations and arrangements have been established both for CMFS and for PPME. Moreover, the organizations and arrangements prior to the UNCLOS have been reviewed or replaced by new mechanisms. The universal organizations contribute to the development of new legal rules and provide the mechanisms for coordination and enhancement of the function of regional organizations and arrangements. Today, various and complicated overlap and interaction can be noted between the legal rules concerning CMFS and those concerning PPME. Marine living resources are considered to constitute a part of the marine environment and various principles and approaches of international environmental law are introduced to the measures for CMFS. Under these circumstances, the cooperation between the organizations for CMFS and those for PPME may contribute to the coordination and harmonization of the legal rules concerning these different but closely related matters.

Cite this paper as:
Kawano M. (2020) Implementation of the Rules of the UNCLOS Through Universal and Regional Organizations. In: Ribeiro M., Loureiro Bastos F., Henriksen T. (eds) Global Challenges and the Law of the Sea. Springer, Cham