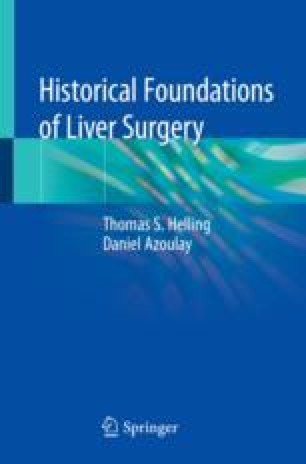 The Bold Adventure of Lortat-Jacob

Jean-Louis Lortat-acob (1908–1992) cut an imposing figure, a man of amazing physical strength and endurance. Outwardly aloof and reserved, this demeanor actually concealed a character of great modesty [1]. To intimates he was warm, friendly, and prone to loving anecdotes. He was a man humbled by his accomplishments; loathe to inwardly acknowledge what was so obvious to others. Outwardly he was a task master, intent on quiet perfection, disciplined by his upbringing. Jean-Louis was born into a medical family in 1908, the fourth of six children whose father was a dermatologist in Paris. From a strong Catholic family (he was educated by the Dominicans), Jean-Louis began the study of medicine and was drawn to surgery. He trained under the grand masters of surgery, Louis Bazy, Pierre Brocq, and Henri Mondor, among others [2], facilitated, possibly, by his father’s professional and personal acquaintances with these men. The young Lortat-Jacob joined the faculty of the Hôpital St-Louis in 1944 as a prosector and assistant to Professor Bazy. Despite his sorties into hepatic surgery, the name Lortat-Jacob is inextricably linked to surgery of the esophagus. Jean-Louis performed the first esophagectomy in France in 1944 via a thoracic approach [3]. He left the Hôpital St-Louis for the Hôpital Broussais where he joined the prestigious surgical team of Professor François de Gaudart d’Allaines (1892–1974). Gaudart d’Allaines had been a pioneer in foregut surgery, including a fascination with the liver and biliary system. This may have stimulated Lortat-Jacob’s interest. It was at this time that he may first have pondered the daunting approach to surgery of the liver, and thus acquainted himself with the anatomy of the Glissonean pedicles and hepatic veins, learning temperance and patience at the side of his mentor.