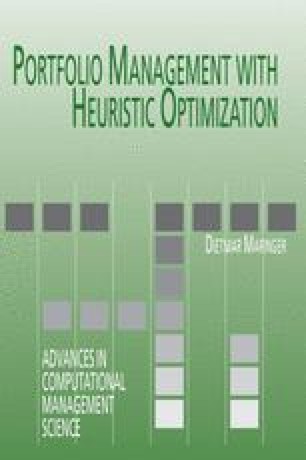 The Hidden Risk of Value at Risk

The reason for this can be found in the underlying concept: Value at Risk focuses on a single point of the distribution of returns or prices, namely the loss that will not be exceeded with a certain probability, but does not directly account for the magnitude of losses exceeding this limit. When VaR is estimated via empirical distributions based on historic simulation, as is done in this study, or Monte Carlo simulations, extreme losses might be ignored and assets, exhibiting these extreme losses, will readily be included in the portfolio when they have a sufficiently high expected return. Also, the use of empirical distributions encourages the optimizer to manipulate the asset weights in a way that losses close to the VaR limit are just small enough so that this limit is not exceeded and these losses will not count towards the shortfall probability. Both effects lead to severe under-estimating the actual risk of the portfolio.

Even when asset returns are not normally distributed, the assumption of this parametric distribution leads to more reliable risk estimations because extreme losses enter the optimization process via the volatility. When VaR is considered in the optimization process, parametric distributions might therefore be superior, despite the fact that their imprecision in measuring risk lead to imprecise estimates.

The results from this study suggest that empirical distributions should be used very reluctantly in VaR optimization, yet also that more research on the use of parametric distributions appears desirable.

Simulate Annealing Risk Measure Empirical Distribution Normality Assumption Memetic Algorithm
These keywords were added by machine and not by the authors. This process is experimental and the keywords may be updated as the learning algorithm improves.
This is a preview of subscription content, log in to check access.