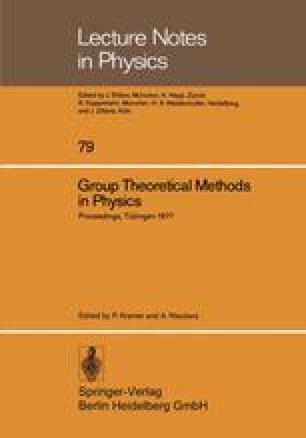 Thermodynamical Limit Thermal Bath Thermodynamical Phasis Equilibrium Statistical Mechanics Hyperbolic Point
These keywords were added by machine and not by the authors. This process is experimental and the keywords may be updated as the learning algorithm improves.

A lecture presented at the VIth International Colloquium on Group Theoretical Methods in Physics, Tübingen, July 18–22, 1977. Research supported in part by US NSF Grant No. MCS76-07286 A01.