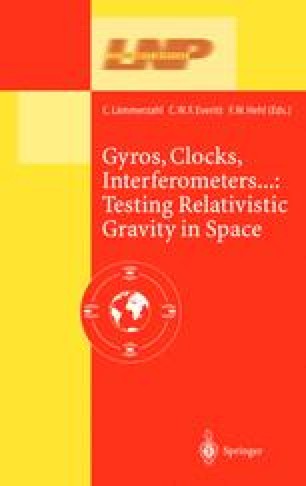 Gravity Probe B: Countdown to Launch

NASA’s Gravity Probe B Mission is a test of two predictions of Einstein’s General Theory of Relativity based on observations on very precise cryogenic gyroscopes in a satellite in a 650 km polar orbit about the Earth. Construction and the first round of testing of the flight payload was completed in December 1999. Of the 32 planned qualification tests 28 were passed with complete success, meeting or in several instances surpassing the program requirements. However, one test very unexpectedly revealed a problem in the thermal performance of the Dewar/Probe system which has required a significant redesigin and rework, now successfully completed. Gravity Probe B is scheduled for launch on April 1, 2002. This article reviews from the physicist's viewpoint the experience of living through a space flight program.

Science Mission Copper Ring Guide Star South Atlantic Anomaly Gravity Probe
These keywords were added by machine and not by the authors. This process is experimental and the keywords may be updated as the learning algorithm improves.
This is a preview of subscription content, log in to check access.