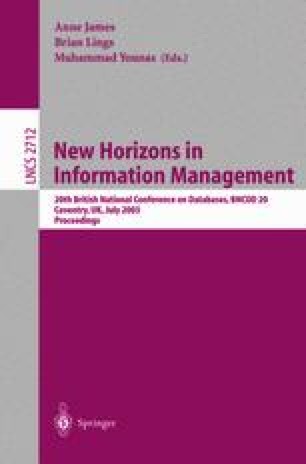 Data mining aims at discovering important and previously unknown patterns from the dataset in the underlying database. Database mining performs mining directly on data stored in (relational) database management systems (RDBMSs). The type of underlying database can vary and should not be a constraint on the mining process. Irrespective of the database in which data is stored, we should be able to mine the data. Several SQL92 approaches (such as K-way join, Query/Subquery, and Two-group by) have been studied in the literature.

In this paper, we focus on the K-way join approach. We study several additional optimizations for the K-way join approach and evaluate them using DB2 and Oracle RDBMSs. We evaluate the approaches analytically and compare their performance on large data sets. Finally, we summarize the results and indicate the conditions for which the individual optimizations are useful. The larger goal of this work is to feed these results into a layered optimizer that chooses specific strategies based on the input dataset characteristics.