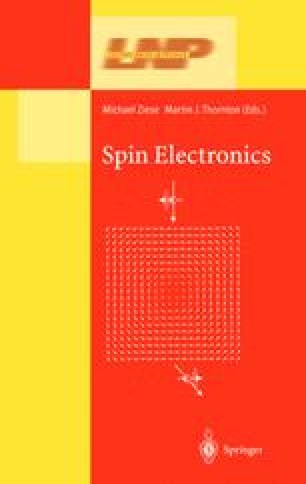 Semiconductors were originally defined as materials with a conductivity between that of metals and that of insulators in the range between 10 2 and 10 -9 (Ωcm)-1. This definition emphasises electronic transport and shows that the conductivity in semiconductors can be varied over an impressive eleven orders of magnitude. It does not, however, indicate the microscopic mechanism for this behaviour.

Charge Carrier Conduction Band Valence Band Fermi Level Light Emit Diode
These keywords were added by machine and not by the authors. This process is experimental and the keywords may be updated as the learning algorithm improves.
This is a preview of subscription content, log in to check access.