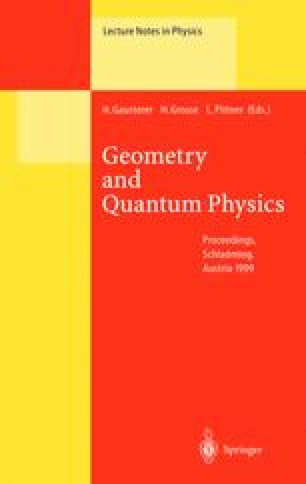 Although it has been known for a long time that causality violation is not a priori ruled out by General Relativity, its investigation became a concerted effort only about a decade ago. This may have been prompted by the realization that if a “wormhole” could be created it would be possible to build a “time machine” (a space-time with compact achronal region). It has turned out to be surprisingly difficult to prove the physical impossibility of such space-times (as most relativists would want to have it). The most convincing argument in this direction rests on the semiclassical instability of the Cauchy horizon (i.e. a divergent 〈T μν〉 at the boundary of the achronal region) and underlies the “chronology protection conjecture” of Hawking (1992). But even if this is taken for granted, microscopic closed time-like curves may be allowed in quantum gravity. One is then led to consider as a tractable model problem quantum field theory on a background space-time with closed time-like curves.

Quantum Field Theory Quantum Gravity Time Machine Topology Change General Construction
These keywords were added by machine and not by the authors. This process is experimental and the keywords may be updated as the learning algorithm improves.
This is a preview of subscription content, log in to check access.