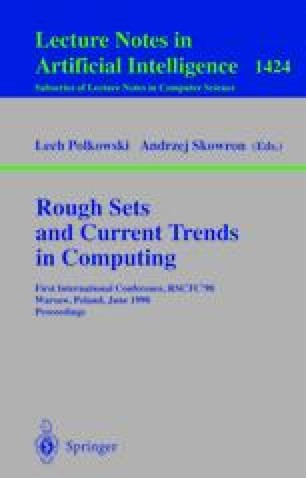 International Conference on Rough Sets and Current Trends in Computing

Information Granulation and its Centrality in Human and Machine Intelligence

In our quest for machines which are capable of performing non-trivial human tasks, we are developing a better understanding of the centrality of information granulation in human cognition, human reasoning and human decision-making. In many contexts, information granulation is a reflection of the finiteness of human ability to resolve detail and store information. In many other contexts, granulation is employed to solve a complex problem by partitioning it into simpler subproblems. This is the essence of the strategy of divide and conquer. What is remarkable is that humans are capable of performing a wide variety of tasks without any measurements and any computations. A familiar example is the task of parking a car. For a human it is an easy task so long as the final position of the car is not specified precisely. In performing this and similar tasks, humans employ their ability to exploit the tolerance for imprecision to achieve tractability, robustness and low solution cost. What is important to recognize is that this essential ability is closely linked to the modality of granulation and, more particularly, to information granulation.