European Rural Landscapes: Persistence and Change in a Globalising Environment 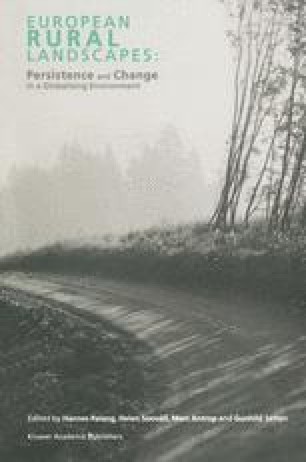 European Rural Landscapes: Persistence and Change in a Globalising Environment pp 289-296 | Cite as

Enclosure Landscapes in the Uplands of England and Wales

The upland landscapes of England and Wales are a highly distinctive part of the British scene, and are greatly prized today by the general public for their aesthetic qualities, for their wildlife significance, and as areas for informal recreation. the landscapes of areas such as the Lake District, the Yorkshire Dales, and Snowdonia are a major magnet for both British and foreign tourists, giving them considerable economic, as well as emotional, significance. Such landscapes are not, of course, natural. Following the pioneering work of G.W. Dimbleby (1952), and later Ian Simmons (1969), it is recognized that they are a function of past human activities. However, the part played in their evolution by the enclosure movements of the 18th and 19th centuries has been widely ignored. These movements are generally recognized as one of the major formative influences on the English rural landscape, but the academic literature focuses almost entirely on the impact of the Parliamentary part of the movement on the former open-field landscapes of the English Midlands, apart from a few highly localized studies (for example Eyre 1957).

Forestry Commission Foreign Tourist Major Magnet Past Human Activity Upland Landscape
These keywords were added by machine and not by the authors. This process is experimental and the keywords may be updated as the learning algorithm improves.
This is a preview of subscription content, log in to check access.