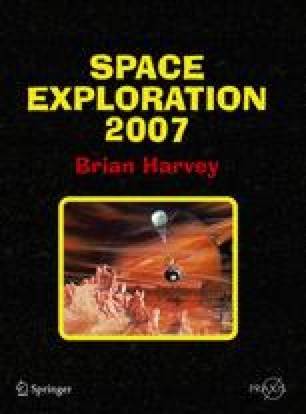 THE CASSINI-HUYGENS mission to Saturn was developed by the American space agency NASA, the European Space Agency (ESA) and the Italian Space Agency (ASI). At 5.7 tonnes, the two-part spacecraft is the largest, most sophisticated deep space probe to-date. It was launched on 15 October 1997 and flew an interplanetary cruise that used gravitational ‘slingshots’ with Venus, Earth and Jupiter order to reach Saturn. The highlights of the early part of its mission in the Saturnian system were close observations of the satellites Phoebe, Titan, Iapetus, Hyperion and Enceladus but the craft, which is performing flawlessly, has also undertaken long-term investigations of the ring system and the planet’s atmosphere and magnetosphere.

Space Probe Early Part Ring System European Space Agency Aerospace Technology
These keywords were added by machine and not by the authors. This process is experimental and the keywords may be updated as the learning algorithm improves.
This is a preview of subscription content, log in to check access.