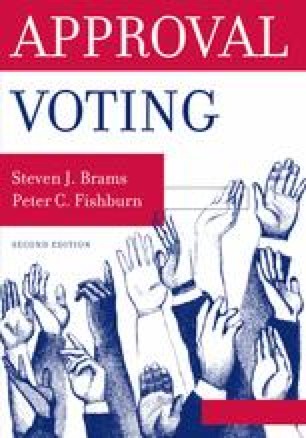 Polls and the Problem of Strategic Information in Elections

In the analysis up to now, we have assumed that voters use available and relevant information to make rational choices. They vote insincerely, for example, because there is a reason—they can effect a better outcome by not voting for all their most-preferred or acceptable candidates. In plurality voting, in particular, the practice of voting for a second choice is not uncommon in elections wherein one’s first choice would appear not to be a serious contender.