UMTS: Origins, Architecture and the Standard 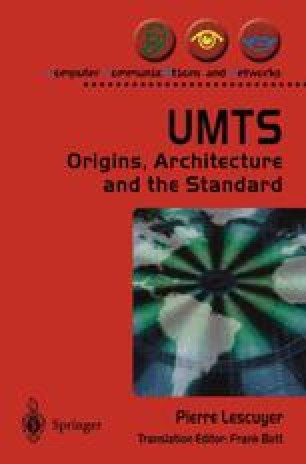 In the previous chapters we have studied the make-up of the UTRAN radio interface and its associated protocols. However, the UTRAN is not limited to the radio interface. Because of the large number of network nodes defined in the UTRAN (Node B and RNC), a set of protocols and interfaces belonging to the terrestrial part of the UTRAN has been defined by the 3GPP to allow these different nodes to exchange signalling information and user data.

Control Plane Transport Network Network Protocol Virtual Circuit User Plane
These keywords were added by machine and not by the authors. This process is experimental and the keywords may be updated as the learning algorithm improves.
This is a preview of subscription content, log in to check access.