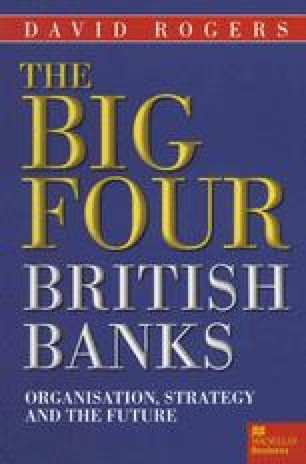 Our next case is NatWest, the British bank often described as most similar to Barclays in size and strategy. Some observers have characterized both as the supertankers of British banking, alluding to the great difficulty of repositioning the large, bureaucratic and complex institutions that they have become, at a time when rapid adaptation is so necessary.

Financial Time Senior Manager Share Price Investment Bank Private Banking
These keywords were added by machine and not by the authors. This process is experimental and the keywords may be updated as the learning algorithm improves.

NatWest has what I would call a Masonic culture. They have a strong sense of Christian fellowship there. By ‘Christian’ I mean that they are very fair, humane, and honest in their dealings. And ‘Masonic’ means that they see it as a club and that we buddies stick together. The idea of a club is a very British one, more there than elsewhere. No meritocracy traditionally existed at NatWest or Barclays. Their people at the top were good politicians, not necessarily great bankers, managers, or decision makers.

Culturally, they are the bank of the people, ordinary grey people — solid, conventional, steady, non-risk-taking. Over time, they have done quite well, in contrast to Barclays that also did well but was always erratic. The NatWest culture clearly comes through, and it says that solidity and stability pay off.

They are like the Russian army in World War II. They just keep marching on. Sometimes they experience dreadful casualties, but they will get there. They will arrive in Berlin. They are the infantry, while Barclays are the cavalry.