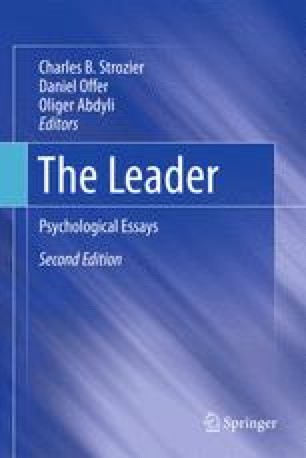 Lincoln and the Crisis of the 1850s: Thoughts on the Group Self

In 1858, Lincoln was a political figure little known outside of Illinois. For 4 years, he had vigorously opposed the prospect of slavery’s extension into the territories, which was made politically feasible with Stephen A. Douglas’s doctrine of popular sovereignty that was introduced in the Kansas-Nebraska Act (1854). Lincoln believed strongly by 1858 that Stephen Douglas was the principal spokesman for a disastrous set of policies dealing with issues that the country faced. The country’s founders, in Lincoln’s view, had reluctantly accepted slavery as a Southern institution. They recognized its existence and even validated its perpetuation with the three-fifths compromise. Such constitutional protection had justified federal laws governing the return of fugitive slaves for over half a century. It was thus illegal and unconstitutional to talk of abolition and the mobilization of a national effort to end the South’s peculiar institution.

Collect Work Slave Trade Republican Party Racial Equality Idealize Style
These keywords were added by machine and not by the authors. This process is experimental and the keywords may be updated as the learning algorithm improves.
This is a preview of subscription content, log in to check access.